How to Outlive Your Own Expectations: A Short Guide to Immortality

Several independent groups of scientists are on their way to uncovering the secrets of immortality. The eternal existence is something that has been on our radars for pretty much ever. The very idea of living for an infinite amount of time and never experiencing the frightening nothing (or maybe leaving the mortal behind and moving on to the next stage of existence) is absolutely captivating. Millennia after millennia, humanity tried its hardest to find the way to eternal youth.

In our history we managed to poison ourselves with mercury and bury people alive in fruitless attempts to cross the line of mortality. However, all collective efforts of our species were futile up until now. Apparently, a group of scientists that focus on searching revolutionary cancer cures studied lobsters and some species of crayfish to realize that these creatures are essentially immortal.

Before we start talking about our own path to immortality and what prevents us from getting to that point, we must dwell deeper in the territory where wild nature does its own thing.

The cancer cure that opens up new opportunities

While living as a shelled underwater creature that wonders at the bottom of the ocean purposelessly is not the pinnacle of one’s dreams about life, this is exactly how we could describe the ideal conditions for a creature to live forever. Protected from outer hazards by a tough shell and having cells that seemingly don’t know anything about natural mutations, lobsters can grow infinitely to the point where they cannot feed themselves anymore and eventually die.

On the cellular level these creatures are amazing. Why they are considered one of many steps towards the real cancer cure is the ability of its cells to avoid mutations and exterminate them effectively and in a timely matter. As we all know, cancer is a result of “natural” mutations in our cells that make them become immortal and refusing to be replaced with functional new cells.

If we could vivisect lobsters to the smallest DNA chain and unravel all the mysteries hidden inside them, we could find a way to control our own cells without a terrifying perspective of turning into a mutated lobster-like abomination. On our way to the ultimate cancer cure and possible eternal life we have to somehow survive as species. 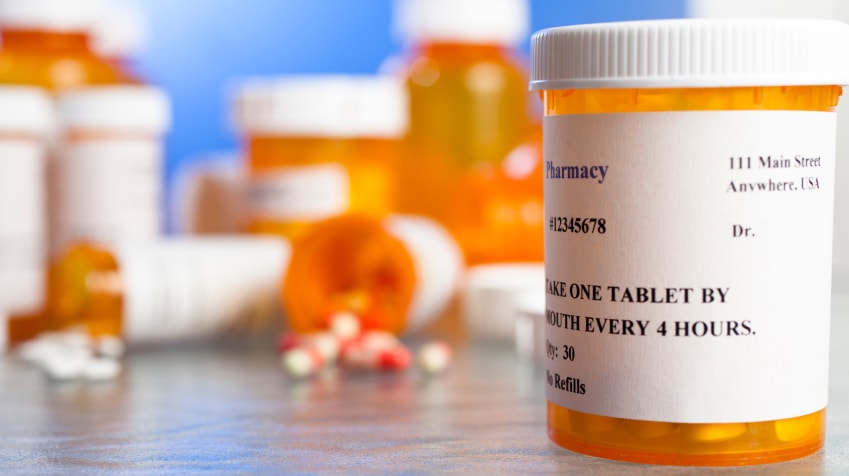 We were blessed with advancements of modern medicine and saved from total extermination with science. When antibiotics were initially discovered and brought us salvation from all sorts of bacteria, people believed that we are entering an everlasting age of immortality and hope. However, we quickly learned that we multiplied and stopped dying to bacteria not only due to antibiotics but also thanks to higher hygiene standards and more attention paid to cleaning our food and living without parasites.

At the same time, we used antibiotics left and right not realizing that we don’t even need them in the vast majority of scenarios. The result of such “generous” usage is new generations of resistant bacteria that do not die to old school antibiotics. We are on a brink of reaching a terrifying moment when our means of fighting off microorganisms are depleted. Even our next generation may face a problem with prescription antibiotics being used as precious serum unavailable to some people altogether.

The point is we need to use all prescription drugs carefully. While antibiotics may become inefficient (and some already became nearly useless due to evolving bacteria), we are facing other problems with prescription drugs. Not only bacteria but viruses develop immunities and become more and more dangerous to our species. If we are not careful with how we use prescription drugs, we will not be able to crack the mystery of cancer let alone immortality.

The true path to eternity

Curing cancer will be the first tiny step to prolonging life substantially. Cancer is an inevitability for over 60% of people living today. Some face relatively safe forms of cancer that will never kill them and won’t even create health problems. Others will be exposed to much more dangerous forms of tumors spreading at a fast pace and threatening one’s life in the shortest of perspectives. We must try to find an effective cancer cure as quickly as possible.

However, it is not enough to search for new effective means of saving our bodies from microorganisms and other hazards. We must learn how to live in harmony with nature and preserve our bodies. Living a very long life with a body that fails you on every level is not as fun as some may think. We finally arrived at the most important part of the article: how to preserve your body.

You won’t believe it but steps that will make your closer to immortality are simple and mundane.

Just these simple things will help you to outlive your expectations. If you think that your life will be shorter than that of your ancestors, just try to live abiding much higher standards and you will find yourself seeing the first man on Mars, the eventual victory in our war against cancer, and the arrival of a new generation of ultimate prescription antibiotics that will change the world. Then, you will live forever.