If you ever spend time looking through healthy living magazines or listen to government figures talk about national health, there is one word you are likely to hear much more often than the rest – obesity. This is not a new trending word that is sweeping the nation or an invention of social media. This is a problem that has always been around but has become more prevalent than ever today. According to the latest statistics, more than one-third of adult Americans are obese, and this makes up about 78 million people. If we look at the problem on a global scale, this figure grows close to a billion.

So how can we describe obesity? Contrary to popular belief, being obese does not make you “fat” just as being “fat” does not make you obese. This is just the name for a condition when a person’s body fat levels rise up to a point when they start to take a toll on the person’s health, causing various problems and illnesses. In most cases, obesity is diagnosed with a body mass index measurement, which determines whether the proportions of a person’s weight and height exceed normal standards. Obesity is not an exclusive problem of any race or gender, so men must treat it seriously and know how to deal with it just like everyone else.

The root of the problem 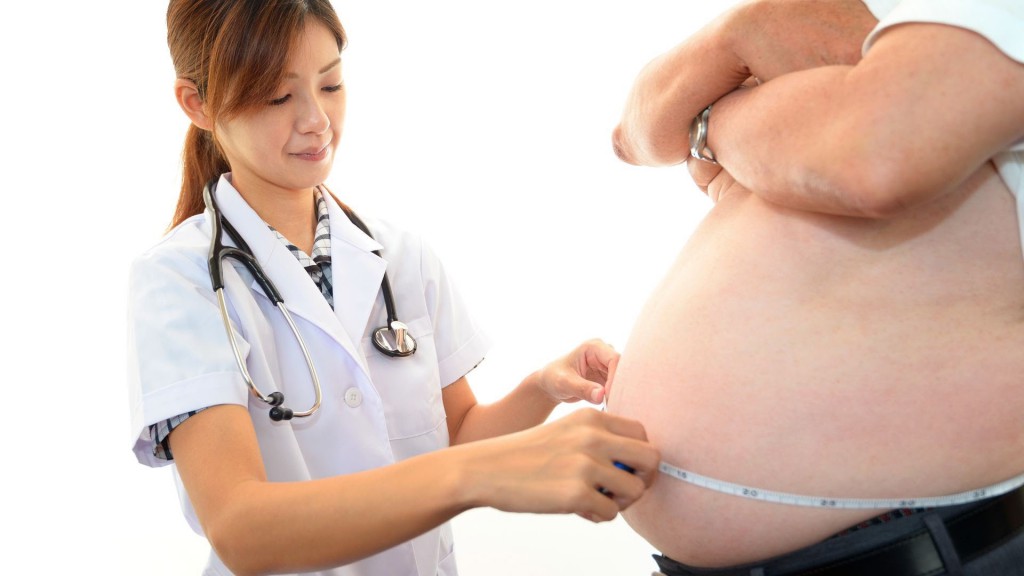 When we learn about a serious and threatening problem, we are often eager to name and pin down a culprit, but this is not so easy when it comes down to health problems and obesity in particular. People who don’t have any access to basic health information think that the problem simply stems from eating too much, but in reality, obesity has several different causes and individual factors that make this obstacle different for everybody.

Unfortunately, one of the main causes of obesity is one you have no control over – genetics. It is a simple fact that families with a history of obesity or fat regulation disorders like leptin deficiency are very likely to pass them on to your children. However, the genetic factor does not need to have a long history or involve any type of predisposition. Even adults with healthy fat regulation tendencies can become obese through their choices, and this health problem may be passed down to their kids, who are born with excess weight and often struggle to keep their weight under control later in life.

Another common cause of obesity is a slow metabolism. The faster and more efficiently your body burns calories and fats, the slimmer your shape becomes. A slow metabolism can be an individual health characteristic, a result of aging, or even something attributed to your gender, as women tend to have a slower metabolism than men and have a harder time losing weight. Other individual health states and illnesses that contribute to weight gain and obesity include hyperthyroidism, type 2 diabetes, Cushing’s syndrome, and polycystic ovary syndrome.

While you may have no control over many of the causes mentioned above, keep in mind that lifestyle factors can be just as important when it comes to diabetes. The first such factor is medical treatment. Taking certain drugs, including oral contraceptives, anticonvulsants, high blood pressure medication, and antidepressants can influence your body in different ways, sometimes promoting weight gain. The second avoidable factor is physical inactivity. It’s no secret that movement, physical labor and all sorts of exercises burn calories and eliminate fat. Living a sedentary lifestyle, on the other hand, leaves your body with loads of fats and calories – large energy reserves that only remain untapped and pile up, harming your health.

Despite the fact that all of these factors are prevalent and important, it is impossible to evaluate the causes of weight gain without examining eating habits. When it comes to eating, several aspects of this essential and beloved activity can contribute to excessive weight gain. Firstly, there is the problem of overeating. When we have enough delicious food at our disposal, it can be hard to tell how much is enough, and besides, the feeling of “being full” is not a very accurate form of measuring your daily ration.

Fortunately, there are some universally accepted recommendations that pertain to rations, and the same can be said for the types of food you eat. One of the biggest contributors to the growing obesity epidemic is the popularity of fructose syrup as a replacement for sugar in food. Consuming foods high in fructose and other carbohydrates and fat is one of the most direct causes of weight gain we currently know of. Oftentimes, the urge to partake in such harmful eating habits stems from tradition or laziness, but psychological disturbances like stress, boredom, and sadness can also motivate unhealthy eating and subsequently contribute to obesity.

It’s not just a problem of appearance

In the world of media, we glorify skinny, athletic, and good-looking celebrities while criticizing those who we deem vulgar, unattractive, or obese. This same trend carries over into common society and poses problems for people dealing with obesity. Apart from often being mocked, harassed, and criticized for their appearance, obese people often face feelings of shame, a lack of self-confidence, and even depression. However, these psychological effects are hardly the worst things the obese have to deal with.

Excess weight causes a great number of health risks, which may spill over into significant illnesses and problems if the weight is not eliminated. One of the biggest health risks posed by obesity is coronary heart disease. The more weight you gain, the more plaque builds up in your arteries. Plaque is a waxy substance known for cutting off blood flow when it is allowed to accumulate. Taking into account the fact that our heart requires a steady and significant amount of blood rushing through it at all time, plaque buildups cause blood shortages, which have the potential to harm the heart. A mild symptom of coronary heart disease is chest pain, but more severe cases may cause a heart attack or heart failure, which are both very dangerous conditions that impair the heart and threaten your life.

Furthermore, plaque buildup can also harm the brain. If an accumulation of plaque ruptures near the brain, it will cause a clot, blocking the flow of blood and oxygen to the brain. In many ways, stroke is even more dangerous and deadly than a heart attack. Another example of an obesity-related health risk is sleep apnea, also known as disrupted breathing during sleep. Excess fat accumulates in different parts of the body, including the neck. This narrows your airway and makes it harder for you to breathe. Other health problems that obesity is associated with include gallstones, menstrual issues, osteoarthritis, different forms of cancer, and type-2 diabetes.

Your relationships can also be affected

You might think that excess weight will have little to no effect on your love life besides making it harder to get a date, but you would be wrong. Obesity can have a profound effect on your sex life, though not in a direct way. As previously mentioned, obesity causes plaque buildup in the arteries, and this can cause blockages in different regions of the body. Just like the heart, and brain, the arteries of the genital region can also be affected. As you know, an erection requires a good deal of blood flow, so when this flow is blocked or limited, “getting it up” may prove difficult or impossible. The importance of the health of sexual life cannot be stressed enough. As long as a man is able to achieve an erection, he has everything needed to satisfy his sexual partners, but impotence and weak erections only cause dissatisfaction and problems in a relationship.

Action is the key and solution

No matter what kind of situation you find yourself in or conditions you suffer from, there are always ways to tackle obesity. By taking a proactive approach and making several big and small changes to your lifestyle, you can turn this problem around and restore your health. The first is taking up a more modest diet that cuts back on carbs, sweetened drinks, processed and fatty foods. This kind of change should also be accompanied by a transition to a standard eating regimen and ration, without frequent meals or overeating. Finally, exercise and even an abundance of day-to-day movement can burn excess calories and fat, so staying active and on your feet can go a long way towards shortening your waistline.

Now that you know about this problem affecting millions all over the world, what causes it and what it can lead to, you are well equipped to deal with it, prevent it, or simply provide advice to someone else who is struggling. We are used to thinking that the most dangerous health problems are spontaneous and unavoidable, seemingly affecting us at random, but we cannot see or simply avoid the slow but ever-growing danger right in front of us. Obesity is just as dangerous as some of the world’s most common illnesses (if not more so), and should be treated accordingly.