These days we have no shortage of different drugs, but do we actually know everything about the way they work? What happens a lot of the times is that a certain drug is used in one particular way, but after some time, it turns out that it can be used to treat other issues. But, for this to happen, the medication has to be thoroughly tested and proven effective.

Not a lot of people know but Sildenafil, which is an active ingredient present in Viagra, and its more affordable generic versions Kamagra and Kamagra Jelly, is effective not only at inducing erections but also treating some other conditions. The medication has been successfully used for the treatment of a number of health issues, such as pulmonary artery hypertension, Raynaud’s phenomenon, and altitude sickness. Nowadays, medical professionals continue to research the properties of Sildenafil to determine whether it can be used to treat other problems in the body. It seems that the medication can be used to help those suffering from brain damage caused by birth asphyxia.

How can the drug help those with brain damage? 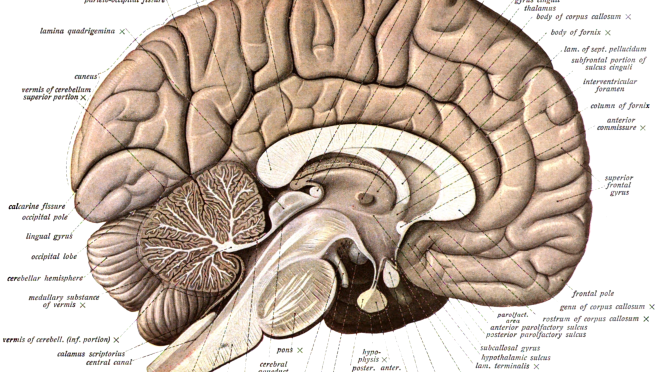 A recent research conducted at the Montreal Children’s Hospital was focused on the potential usefulness of Sildenafil in the treatment of brain damage in babies suffering from the disorder called birth asphyxia. Those diagnosed with this condition experience the deprivation of oxygen in the brain, which leads to the development problems and negatively affects the ability to learn.

Initially, the tests using Sildenafil were conducted on lab rats suffering from birth asphyxia. According to the neonatologist Pia Wintermark, the use of Sildenafil on lab rats turned out quite successful. The medication seemed to repair a certain amount of brain damage, reduce the inflammation, and also increase the number of neurons. After obtaining a positive response in lab rats, the medical professionals received the Health Canada approval and proceeded to give the medication to the preemies at the Montreal Children’s Hospital. The way the medication is used to get the results in babies is by administering a liquid dosage through their stomachs.

According to the statistics, birth asphyxia most commonly occurs in babies that were born prematurely. But, it can still affect full-term babies with about 4 in 1,000 born with this condition. In addition to the development problems, in more severe cases, this condition can cause cerebral palsy and even lead to death. For this reason, finding a reliable solution is something that is on the minds of numerous medical specialists.

Despite the promising results, it should be mentioned that the drug is expected to minimize further complications that often develop with this condition rather than completely cancel out the brain damage effects.

Why would it be great if Sildenafil works?

Nowadays, there is no effective birth asphyxia treatment that works in the majority of patients. The most widely used treatment in the modern hospitals is cooling the child’s body to the temperature of 33.5 °C, which allows the brain to rest. However, this method is not effective enough as it leads to the prevention of further damage only in 1 in 7 babies.

The great advantage of Sildenafil compared to other potential treatments of birth asphyxia is the fact that it is extremely affordable. What is more, in the form of the generic drug Kamagra, it becomes even cheaper. If the medication becomes a go-to method of treatment for the patients with this condition, it will become possible to use it in different parts of the world where people are unable to afford expensive drugs and procedures. Purchasing Kamagra online is as easy as it gets, which means that people would be able to have easy access to the medication whenever they need it.

Further research is required to establish whether Sildenafil can be considered an effective treatment for those with birth asphyxia, but as it was mentioned previously, some steps have already been taken in this direction. If the drug becomes widely used in the hospitals, there is a chance that those suffering from this condition can recover from the brain damage and lead normal lives.