Male menopause: when biological clock counts down. And It’s not the game over.

Menopause is a natural stage in the life of men, which usually occurs in the period from 45 to 60 years old. During this period hypothalamic-pituitary-testes regulatory mechanisms providing sexual function are violated and the production of sex hormones is reduced, which in turn leads to a change in the hormonal balance, metabolism and restructuring of many organs and systems.

Those who stick to healthy lifestyle adapt to the coming age restructuring quicker and easier; while those whose adaptive mechanisms are weakened by diseases, injuries, and, most importantly, a hectic life, may face significant problems during menopause toleration phase. This is where cardiovascular disorders and neurosis develop, accompanied by hot flashes to the head, sudden reddening of the face and neck, increased sweating and vertigo. In severe, pathological course of menopause numbness in hands and feet, tingling skin may also manifest on a regular basis. Periodically, and for long periods (from several hours to several days) acute headaches and may occur. Some men, especially courageous, become hypochondriac, while irritable ones often inadequately respond to the ordinary life situations.

Furthermore, during the adjustment period various urinary disorders may develop. The most common manifestation is frequent urination, decreased strength of urinary stream, feeling of heaviness in the abdomen and groin. These problems are often explained by the formation of BPH, that’s why immediate consultation of urologist is required in the event of the first signs of problem. 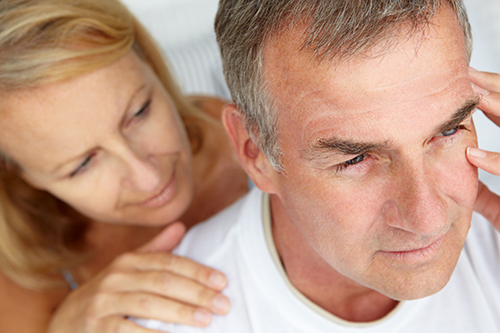 Finally, menopause is oftentimes accompanied with impaired sexual potency. Some older men experience it to a higher degree and trying to prolong their sexual activity (looking for a temporary alliance with the women who are much younger than them or get married). Importantly, the age restructuring may have a significant impact on the qualitative characteristics of sperm; and therefore, it is not recommended for older men to become fathers, as their children are frequently diagnosed congenital malformations. The odds to recover from ED problems are quite good even with the first line treatment medications – the old good Viagra-like preparations (sildenafil citrate, vardenafil, tadalafil and etc.).

Pain in the heart

In some males persistent stabbing, pressing, or aching pain in the heart often occurs that may also shoot up a shoulder or arm. It can occur at any time, but usually it happens during night hours, and generally for no apparent reason. Sometimes it starts or gets worse due to the excitement, after another hot flushes. Heart pain can last for hours, accompanied by a feeling of lack of air and fear. During the attacks an increase in heart beat rate up to 100-120 bpm is observed, with hands and feet getting hold (fever may develop). Naturally, the causes of pain lie in the cardiovascular system functioning and high blood pressure, so consulting a doctor is required.

Even if dyshormonal cardiomyopathy is the diagnosis – do not worry, as neither it is life threatening, nor it will significantly affect your lifestyle. After all the changes arising in the heart muscle in the vast majority of cases are functional in nature, they are reversible, which is often confirmed by ECG.

However, while the overall condition leaves much to be desired, having a constant medical backup is required, and following the recommendations is not the only vital aspect: keep in mind that relapses and exacerbations may be triggered by mental and emotional overloads and infectious diseases. Many of the condition grow into a more acute form in any particular time of the year (more often in the spring and late autumn). And during menopause, especially pathological form, generally and markedly reduced resistance to various external factors, including weather and climate. As the adjustment period passes on it is not recommended to dramatically change the climate zones.

What else you need to know about menopause 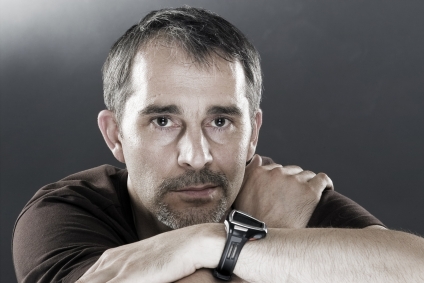 With age, the natural changes occur in the functions of one of the most important parts of the brain – the hypothalamus, regulating the activities of the main endocrine glands – the pituitary gland. As a result it leads to a disrupted production of pituitary hormones that stimulate the activity of male sex glands – the testes. At the same time there are age-related changes in testes themselves: their tissue is gradually replaced by fat and connective. All this taken together results in reduced production by the testes of testosterone – the most active male hormone, which is not only involved in providing sexual function, but influencing most of the systems and functions of the body, the metabolism in tissues, and most importantly – the activity of the hypothalamus. When testosterone decreases, the functional relationships between the central nervous system, the endocrine system and the reproductive glands are rearranged and the body’s hormonal balance is disturbed.

There is also no reason to consider restructuring to be a disease. It usually happens very smoothly in men, allowing the gradual adaptation of the body to change. Therefore, the vast majority of male hormonal changes doesn’t affect the state of health.

In some men (around 20%) climax is going with plenty of problems, and sleep disorders is one of the non-desired issue so many males experience. Some people can not fall asleep for a long time, others falling asleep, but waking up they feel fatigue; in some males sleep become so superficial that they wake up several times at the slightest rustle. But at the same time all the characteristics of the phenomenon of the climacteric syndrome are rare. Most often it happens so that some symptoms are more pronounced, and others are less, while some symptoms may pass unnoticed.

But at the same time every man should realize that climacteric restructuring – the process is very complex, requiring a large voltage of the body, the mobilization of all adaptation mechanisms. And a person must help the body cope with the increased load; otherwise psychological and physiological breakdowns are inevitable. Just keep in mind the the restructuring process is not infinite or permanent – as a rule, once it is completed, the equilibrium returns pretty quickly.

To make hormonal changes proceed smoothly, above all, try to organize your work and rest in order not to experience excessive stress. Establishing the correct timetable is extremely important for those having menopause manifesting physiologically, and even more essential for those suffering pathological menopause manifestations. Try to end your day by 11pm and avoid engaging in intense mental work or entertainments in front of the screens before the sleep. Ideally, take a walk before going to sleep around half an hour beforehand. The more time you spend outdoors, the better, regardless of whether it is hiking, cross-country bike riding or any other activity.

If possible, take a warm (but not hot) shower in the morning and evening, about an hour before bedtime. If you’ve got used to take a bath, make sure the water in not higher than 37 degrees. Coniferous extract added to water will have a calming effect on the nervous system.

Watch what you eat and drink

Pay particular attention to food. Note that during menopause weight increases way quicker than at younger ages,
even if the amount of food eaten is not increased. This is associated with disorders of the hypothalamus, which in its turn leads to metabolic disorders. Therefore, you should by any means reduce the amount of carbohydrates and baked goods in the diet, limiting the consumption of salt, sugar and sugar-rich products is also reasonable – replace them with one or two teaspoons of honey a day. Getting rid of fatty products is another big deal – make a choice in favour of natural fats and oils. Enrich your diet with vegetables and greens – especially celery, parsley, cilantro. Try to eat 4-6 times a day in small portions. Sitting after taking the meal is not recommended – ideally, you should walk for 5-10 mins after another meal.

Alcohol and smoking also ruin your health badly: after all, nicotine and alcohol adversely affect not only the central nervous system. They contribute to fatty degeneration of the sex glands and proliferation of connective tissue in them.

The vast majority of men who have entered menopause experiences a gradual decline in sexual potency and weakened libido.

And this is where intense therapies on one hand and abstinence on the other intensity age-related decline in sperm production. Thus, e.g. sexual rest and excessive sexual activity accelerate the extinction of sexual activity. The best option is a regular, but not debilitating, requiring no excessive force, sex life.

Well, if complications do arise, the modern medicine will help you to cope with them. There are tons of preparations for facilitating pathological menopause, but they are appointed on a purely individual basis. In identifying irritability, sleep disturbances often help such simple means as a soothing tea, decoctions of valerian root or motherwort herb mixtures. And for those who complain of general weakness and fatigue, doctors recommend vitamins A, B, C and E in combination with microelements.