Seasonal depression – the essence of your mood problems during autumn and winter months?

It’s now a common fact that inhabitants of the countries where the number of sunny days in a year exceeds 240, have a cheerful character, and even in the cold season are much less prone to depression. Of course, people suffer from depression in any country. But residents of the Nordic countries for some reason, are more likely to fall in winter season depression. Scientists have even invented a special name for this phenomenon – the seasonal mood swings (or seasonal affective disorder, SAD). 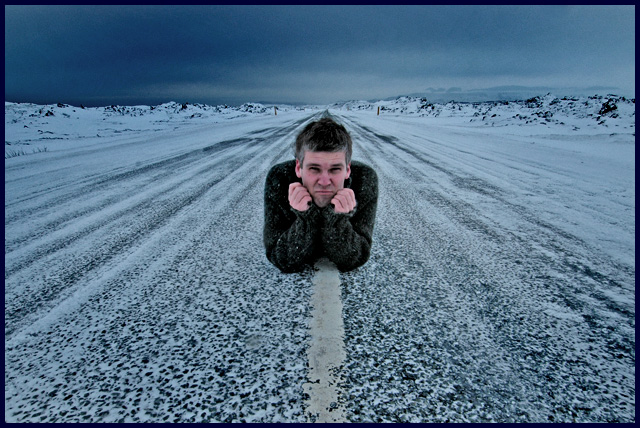 A short light day that equals around 7 hours in December and oftentimes passes with cloudy or rainy weather may have a direct impact on the body: the nervous system experiences a huge load. Seasonal depression primarily attacks the inhabitants of the northern regions of Scandinavia, Finland, Russia, USA and Canada, which is confirmed in long-term observations of the World Health Organization (WHO) and the Center for Chronobiology Medical Sciences.

The further you go north, the more cases of depression you will find. For example, according to experts, in the United States suffer from seasonal depression 3% of the population, i.e. about 9 million people mainly the inhabitants of the northern states. SAD studies in the US and Europe have revealed that in North America the cases of seasonal depression are twice as likely than in Europe (even though the scientists admit the importance of a range of other factors). The field still remains a subject for further researching, as significant correlation between latitude and the amount of suffering from seasonal depression is not ultimately confirmed.

Distinguishing the seasonal depression from ‘non-seasonal’ one

So here are the main symptoms of seasonal depression:

Winter depression is a true time bomb: if not treated in a timely manner, then it may gradually develop diseases such as migraine, asthma, low back pain, stomach ulcers, etc. According to psychiatrist Andrew Phillips of Toronto Central Hospital, very often people do not even realize that they are depressed, and complaining of fatigue and discomfort in the body to therapist. This is the insidiousness of seasonal depression – its presence is not obvious, but unpleasant consequences are there: extra weight and skin problems due to abuse of sweet, frequent or constant nicotine or alcohol consumption, and so on.

The term ‘seasonal depression’, was first put into circulation by American scientists. The symptoms of this disease have been described in detail in 1984 in the comprehensive research conducted by the National Psychiatry Association.

A significant contribution into seasonal depression research was laid by Finnish scientists (the locals experience all the hardships of the harsh northern climate). High levels of depression and suicide, and alcoholism are a long-standing sore point in Finland. Thus, in 1997, Finland showed the highest suicide rate in the European Union: 27.2 cases per 100 thousand people compared to the European average of 10 cases per 100 thousand (data is taken from European Review of Suicide and Violence Epidemiology). That is, the Finns killed themselves almost three times more often; furthermore, in 2002 every fiftieth Finn (2.2 percent of the total population) committed suicide.

In Finland, the connection between short daylight hours and the problem of increasing alcohol consumption remained unnoticed for long years. But after the research specialists of the National Institute of Public Health in 2003 a direct relationship between the seasonal depression and alcoholism was established and is now considered in changing the resolution policies.

Other experts believe that such a conclusion is premature, especially since it was based on studies of local conditions. Thus, e.g. according to the Research Institute of Therapy Konstantin Danilenko Ph.D., seasonal depression and excessive alcohol consumption do not always go hand to hand, and the development of alcohol dependence is affected by many specific factors not related to depression and the time of year.

However, among other things, the Finnish researchers found that if the overall mood is subjected to seasonal fluctuations in up to two percent of the world’s population, in the northern countries, this figure reaches 20-30 per cent, that is, the risk zone gets about a quarter of the population. One can only imagine how much it costs to society the presence of so many people depressed, fraught with loss of productivity, the increasing number of divorces and finally treatment at government clinics.

Back in the 1990s, scientists at Stockholm University have found that residents of the Nordic countries, and especially the Finns, at a time they drink more alcohol than southerners and under the influence of seasonal depression they are prone to drinking bouts.

The three sources of depressive conditions

So what does the mechanism of occurrence of seasonal depression look like? The bad news is that this mechanism is not fully clear. A good thing is that for many years of research, scientists were able to identify SAD certain regularities in the development of the disease, describe the risk and offer non-drug methods of treatment.

Basically, there are three theories of SAD 1. Violation of the circadian (chronobiological) rhythms
Circadian rhythms – the name given to internal clock that regulates the daily cycle of living organisms. Thanks to them, our body instinctively knows when it’s time to sleep, and when – it’s time to wake up, be active, eating.

According to this theory, in fact seasonal depression is a failure of the biological clock associated with the change of season. As a rule, a change in chronobiological rhythms depends, firstly, on the intensity of sunlight, and secondly – on the number of sun hours per day. Seasonal changes of light can lead to failure of the natural biological rhythm or weaken him, a person begins to sleep and eat at an inopportune time, which is a proven road to overeating. Against this background, the symptoms of depression are developed.

2. Genetic diseases
Russian scientists were able to identify that the trigger for the development of SAD is light-dependence. This feature of the body, according to Konstantin Danilenko, genetically determined, as the predisposition to it is inherited. In addition, women are subjected to seasonal depression more than men, and presumably the gene is passed through the female line.

3. Serotonin dysfunction
Doctors believe that the basis of our experiences, joys and sorrows lie biochemical processes. In other words, in a state of mind “in response” hormones and metabolic processes in the brain. One of the most well-known mood enhancer – serotonin. Due to the lack of sunlight serotonin in the body produces insufficient, which inevitably leads to depression.

However, some European experts believe the problem of winter depression is far-fetched. ‘If a person always wants to eat and sleep, then she needs to sleep, as well as select the optimal diet’, says Manuel Fernandez, a dietician at Berlin Healthy Nutrition Clinic. According to Gal Spårson MD, seasonal depression is nothing but acute form of symptoms against the background of the bad weather and the lack of light, it appears more pronounced. ‘Seasonal mood swings are considered as part of a depressive disorder as one of the criteria for the presence of depression increases the risk of its occurrence’, Spårson says. Like it or not, but at least its existence is no longer doubted. And nothing can replace the sun – the fact the majority of experts agree upon.