Sex Before and After a Heart Attack

A heart attack is a dangerous medical condition that sometimes results in death. People who survive a heart attack will usually adopt a new approach to their lifestyle so that they can avoid activities that increase the risk of suffering from another heart attack or other cardiovascular disorders. Oftentimes, sex becomes an excluded activity, because many patients are afraid to experience further cardiac problems during or shortly after it. This subject has attracted a lot of attention from various research teams, and their findings seem to disprove the claims about sex being dangerous for heart attack survivors. 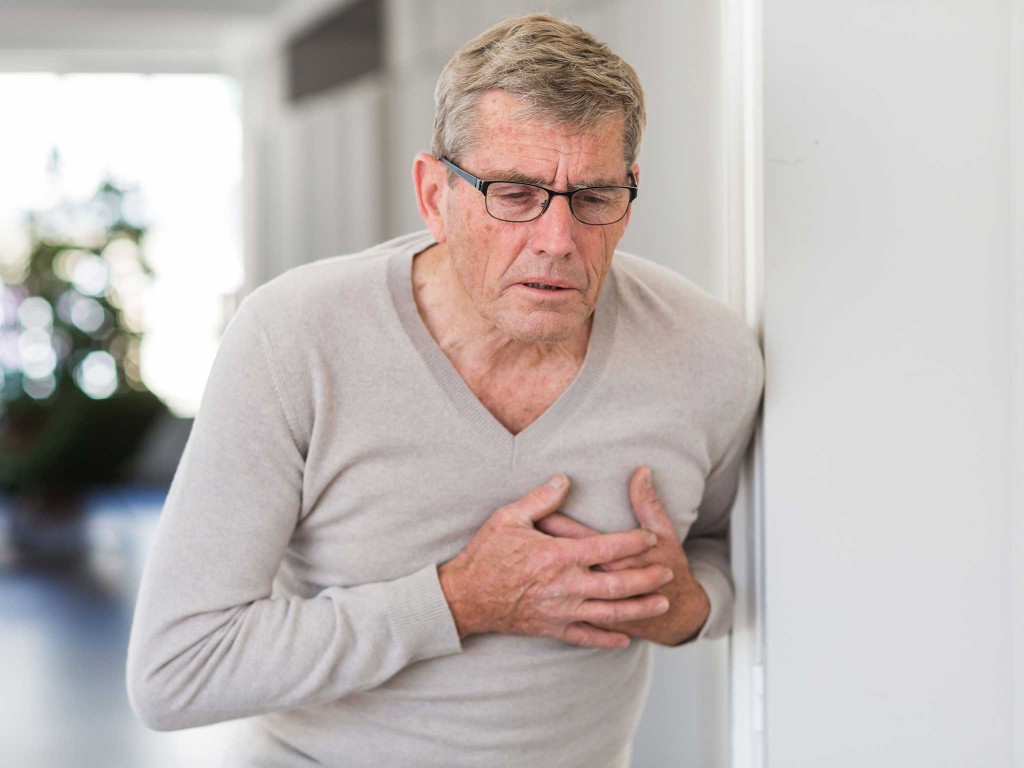 Can I Die of a Heart Attack While Having Sex?

Technically, you can, as sexual activity raises blood pressure and makes heartbeat speed up. The risk of having a heart attack during sex increases in people who are:

These factors were singled out by Swedish researchers who took a close look at the circumstances that preceded heart attacks in more than 600 patients, most of whom were aged between 45 and 60. Each patient was interviewed by a member of the team, answering various questions about what they were doing in the period of four days before the heart attack. It turned out that people who engaged in sexual activities were twice as likely to suffer from a heart attack as those people who didn’t. If they didn’t exercise or do some other demanding physical activity on a regular basis, the risk increased fourfold. On average, a heart attack occurred during or shortly after sexual activities in one patient out of a hundred.

However, these findings do not mean that abstaining from sex can significantly reduce your risk of having a heart attack one day. In fact, it’s quite the contrary, as medical practitioners recommend that people who don’t feel too well during or after sex (seeing as it often does require a lot of physical effort) start working out to make sure that their bodies receive enough physical exertion to stay fit. This way, they can benefit twice: both from a more active lifestyle and from a fulfilling sexual life. In addition, you should consider the fact that even if sex increases the probability of having a heart attack, it is incredibly small from the start (about one in a million). If it grows to two, four or ten (for people who already have a cardiovascular problem) in a million, the figure is still rather negligible. According to the results of the Swedish study, no more than seven participants out of more than 600 suffered a heart attack during sex or within two hours after it, which accounted for 1% of all patients. It is also possible that sexual activity had nothing to do with the heart attack in some of them, and the two events just happened to coincide.

To sum up, your chances of having a heart attack because of sex are probably no higher than because of an argument with your partner or an intensive walk. You can, and should, lead a normal sexual life like most other people, but it is advisable that you keep fit, so that sex isn’t the only source of physical exercise for your body.

Is It Safe to Have Sex after a Heart Attack?

Yes, it is, because the risk of having another heart attack does not increase greatly during sex. Basically, everything that was described in the previous two paragraphs can be applied to heart attack survivors as well as people who have never had problems with their cardiovascular system, with the obvious exception that the former have to be more careful. Healthcare providers recommend that cardiac patients do their best to keep fit, as it strengthens the organism and the heart in particular, but it is crucial that they “listen” to the body’s signals and don’t ignore any pain, even if it is barely noticeable. Provided that they do so and discuss their fitness goals and achievements with a medical practitioner, heart attack survivors should be perfectly fine safe both exercising and having sex.

Many patients tell their doctors that apart from a natural fear of death, they are also afraid of traumatizing their sexual partner if they die during sexual intercourse. This fear is possibly induced by some TV shows that feature a similar scene. However, you have to understand that it is done for the sake of drama, and in reality, there is no place for theatrics, so your chances of having a heart attack and dying in the heat of the moment are really low. If both you and your partner are concerned about that and not willing to engage in sexual intercourse because of that fear, you might benefit from making an appointment with a sexual health doctor, who most likely has experience of dealing with similar cases and should be able to help you.

Furthermore, you have to find the right moment to resume sexual activities, because starting too early might be dangerous to your health indeed. In most cases, heart attack patients are only required to wait one week after the attack, but sometimes, it is advisable to abstain from sex for two weeks or a month.

Your healthcare provider will help you determine the period of time after which it is safe to go on with your sexual life, and you can contribute to your safety by doing the following:

Many patients find it best if they resume their sexual lives gradually, starting with kissing or caressing and building the way up to sexual intercourse.

Other Aspects of Having Sex after Heart Attack First of all, don’t expect sexual intercourse to be as pleasurable as it used to be, because obviously, both you and your partner might feel nervous about it, at least at first. To reduce the nervousness, it is advisable to avoid having new sexual partners and trying new places/poses, because anything new and previously unexperienced will naturally make you feel stressed. In addition, many heart attack survivors feel depressed while they are recovering, which is detrimental to their libido. Depression affects about one-quarter of male and female patients who have recently suffered a heart attack because they go through something that is most likely closer to death than anything they have ever experienced. Their normal way of life is suddenly disrupted, and they need a lot of support from their loved ones to recover. This is why it is a particularly good idea to start slow with hugs and kisses so that the intimate relationship with the sexual partner serves not only as a base for further sexual activities but also as a way of showing support and care.

Heart attack patients are also often prescribed medications that temporarily inhibit their sexual drive, such as diuretics and beta blockers. To minimize the effect of the medicine on one’s libido, it is advised to follow all instructions and take the pharmaceutical exactly as prescribed by the doctor. Should your sexual drive suffer from the medication despite your efforts, you can talk to your healthcare provider about it, and maybe it will be possible to reduce the dosage or replace the drug with another one.