For those who have never experienced or researched hay fever, this might sound like some deadly virus found on farms and haystacks. Although this is very far from the truth and hay fever does not put lives at risk, it can seriously affect its sufferers’ way of life, provided that they don’t treat it properly. This article will examine the problem and offer three great solutions in the form of medication. 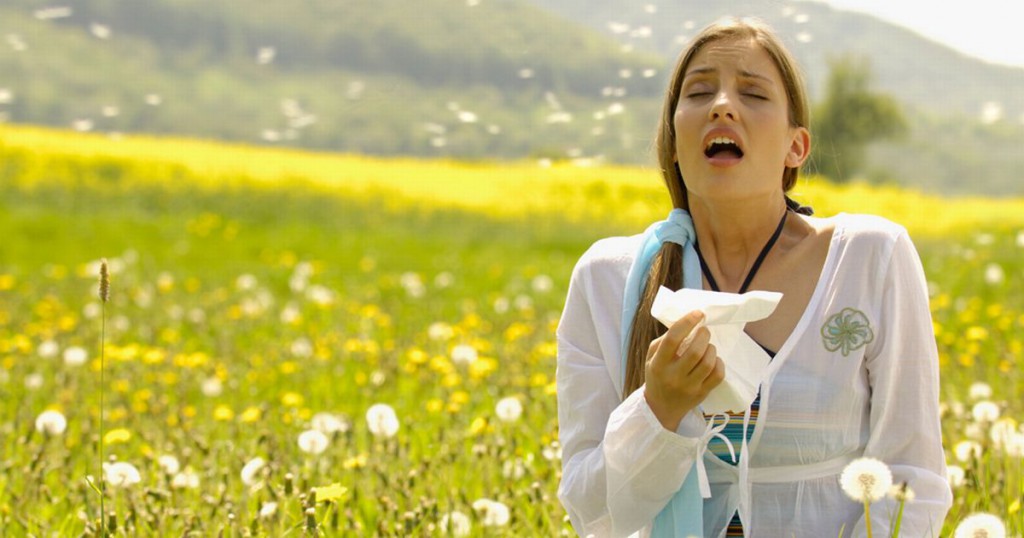 Hay fever goes by several names, with the official terms allergic rhinitis and pollinosis often used. This is an inflammation in the nose that brings about sneezing, runny nose, and eye itching, watering, and redness. All of this can be attributed to a reaction by the body’s immune system to an allergen. Very soon after being exposed to an allergen (whether it is pollen, dust, pet hair, mold, or something else), the body releases histamine, a chemical responsible for the inflammatory reaction. Although hay fever does not cause dangerous and life-threatening symptoms associated with a real fever, it can cause a lot of discomfort, and the sheer number of people who suffer from it makes it a major health problem. It is estimated that up to 30% of the US population experiences hay fever every year, with most cases being seasonal allergies.

This is one of several popular treatments for hay fever. Brompheniramine is an anti-histamine drug, and belongs to the first generation of antihistamines. This drug was developed in the mid-20th century and shares the same general characteristics as other first-generation antihistamines. To be specific, this drug easily crosses the blood-brain barrier and thus has a stronger effect on the nervous system. Although first-generation antihistamines are the strongest, they are known for causing drowsiness, sedation, and lowered cognitive ability. Brompheniramine can be easily purchased over the counter and is also used to treat the common cold. After the drug enters your bloodstream, it easily blocks histamine, halting the inflammatory reaction, and also inhibits acetylcholine, relieving watery and irritated eyes. This effect also applies to runny nose and other fluid-related symptoms of hay fever. Patients can take the drug, as long as they stay aware of its contraindications, side effects, and interactions. Brompheniramine’s side effects include dizziness, headache, drowsiness, constipation, upset stomach, dry mouth, and blurred vision. Brompheniramine should not be taken by children under the age of 6, patients allergic to the substance, those who suffer from breathing problems, glaucoma, liver or heart problems, overactive thyroid, and those taking other antihistamines, antispasmodics, MAO inhibitors, and several other drug types.

Unlike the previous drug, Fexofenadine belongs to the second generation of antihistamines. While the first generation easily transcended the blood-brain barrier and often caused drowsiness, the second generation brought no such effects. Though second-generation antihistamines, which appeared in the 1980’s, are not as strong as the first generation, they have a substantially weaker penetration of the barrier and thus do not have a sedative effect. Fexofenadine was developed in the 1990’s, and received FDA approval in 1996. Today, it is one of the most affordable and accessible drugs, being sold over the counter in dozens of countries. Fexofenadine acts by selectively blocking H1 receptors, thus preventing a severe histamine-fueled inflammation. Apart from treating hay fever, Fexofenadine is also used to tackle specific allergy symptoms and urticaria. Although side effects are not very common, some patients who take Fexofenadine may expect to experience back pain, drowsiness, miosis, headache, insomnia, anxiety, and some extremely rare ones. Fexofenadine is known to interact with erythromycin, ketoconazole, fruit juice, and antacids. It should not be taken by anyone allergic to the drug, by pregnant or breastfeeding women, and patients who suffer from some medical conditions.

Loratadine is also a second-generation antihistamine. It was first created in 1981 and received approval from the FDA more than ten years later. Since that time, it has become one of the world’s most popular and best-selling allergy drugs, even making its way on a list of essential medicines provided by the World Health Organization. Apart from hay fever, it is also suited to treat urticaria, mild migraines, and skin allergies. It is believed to share many characteristics with antidepressant drugs. Although it usually comes in tablet form, loratadine can also be administered in the form of a syrup or an oral suspension. Possible side effects include urinary retention, dry mouth, minor sedation, upset stomach, and blurred vision. Loratadine is not suited for patients with kidney or liver disorders, as well as those who take other drugs known to interact with loratadine (like cimetidine, fruit juice, erythromycin, ketoconazole, and CYP3A4 inhibitors.