Why Do We Obsess Over the Normal Size of a Penis

Notice how every paper on “normal (whatever that is) penis size” starts with the assumption that “bigger=better” and too anticipated “every man on this planet wants a bigger penis”? And not a single one provides the measurements in the first paragraph? (I’ll save you some Google search: most studies confirm that it is roughly 4 inches when flaccid and 5-6 inches long when erect).

Since when did the scientific study become a branding tool? Did I miss the meeting?

Maybe it is just some kind of penile paranoia, but all these studies look suspiciously familiar. Of course, they are scientific, but what is more interesting, is that they are almost identical. A lot of these studies operate with moderate samples (like, 80 men; 3 000 max). The studies rarely negate or challenge previous results — they often get positive findings with minuscule changes within the pre-existent and decided pattern. Too few (if any) measurement marathons include several attempts at different times of the day and take into account recent sexual activity/room temperature/arousal/stress, fatigue levels, or the amount of fat on the belly (not to mention Viagra they give to the subjects: what if they have different tolerance threshold?). There are zero replications of the same study with the same samples and the lack of meta-analysis studies that are able to summarize the ones that were conducted. Thus, the signal is lost in the sea of data, and what started as a scientific paper hardly made it to the finish. 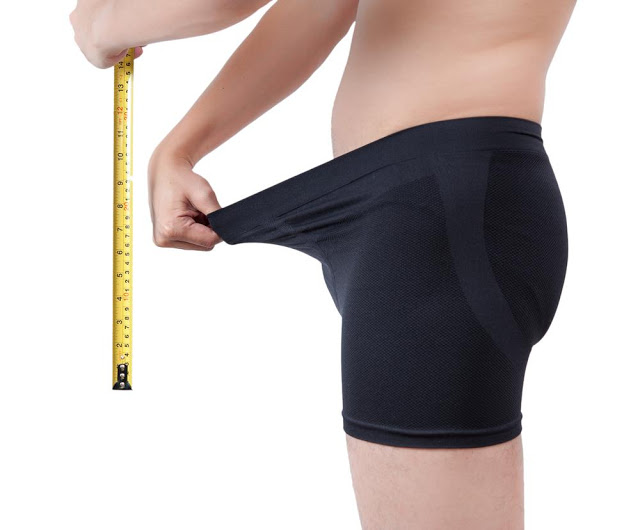 And, what is more important, these studies leave the reader puzzled, with no obvious actionable results. An article discussing men’s issues has a strong and controversial ending, often featuring the other side of the equation, women’s part, where they kill the remnants of the reader’s brain with “size doesn’t matter, it’s all psychologytm” combo breaker (therefore negating the value of their research). And if scientists go absolutely berserk, they claim women prefer big penises for one night stands and the average ones for long-time relationships. That hurts. I know.

So, what are we supposed to do with your average 5.17 inches? Talk about it? Exactly!

It seems like the main purpose of these kinds of studies and articles is not to inform the reader about what is average or normal down there. They explore the phenomenon that doesn’t exist but somehow they have managed to convince many people around the world Internet that it does. They even managed to get the necessary funding/grants with no one figuring out the whole story. One of them papers (don’t remember which one) goes even further and says that men are often insecure about their size and tend to reinforce the false idea of how big a normal penis should be, thus providing a beautiful example of the backward thinking and inverting the signal. (I’m not saying it is a false claim, I only find these urban rumors hardly relevant to the scientific research). And now the subtle idea behind all those graphs steps up to the front — it is an average Joe who is in trouble, who needs professional help, who is not good enough to be a man. And they, the scientists, know how to solve his problem because they vaguely stated that this issue somehow relates to science and medicine, and regular Joe knows that science/medicine are powerful beyond measure (oh, long expected pun), so the treatment is round the corner. Can you see the link from here? Yes, it happened, they also have an affiliated brand, which has saved the lives of many people. So, what are you waiting for? (says the ad next to a published study).

Just a playful thought… What if all these thought to be evidence-based studies are irrelevant to the general population, average Joe? What if “normal size of the penis is n” says more about the researcher than describes the subject? Does it implicate that the researcher’s penis is n+1? Tiny ego boost-up, personal branding, and humble self-indulgence are so understandable… Or do you think the scientists are made of steel and some #penis #size bias has nothing to do with them? By the way, how many penis measurement studies were conducted by women? Close to zero, I guess.

– Ugh, well, maybe… women are not competent to do such studies…

– What are you, a fucking sexist?

– Easy, wild man. Did not want to insult her, but maybe she lacks penisistency in her methodology…

What if the penis studies held by women would have different findings? Would it make them (studies) important for our understanding of whatever we need to understand?

And by no I mean yes, it would be different in the same way: the measurements would deviate, but the overall effect of these studies would be the same as before.